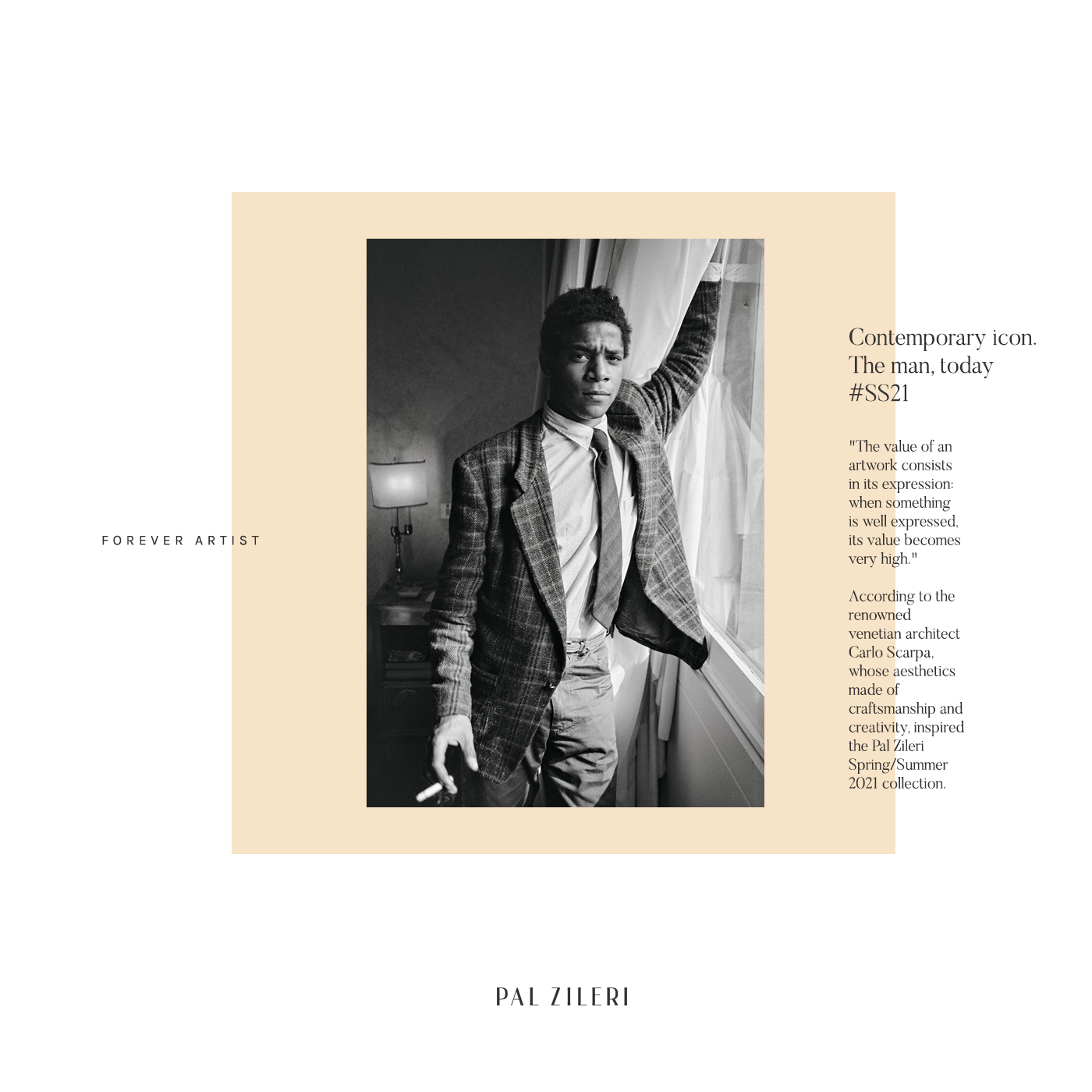 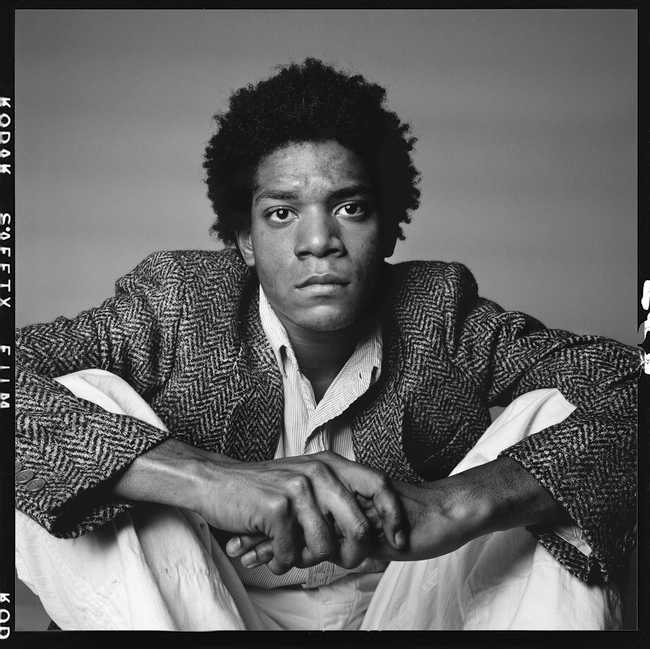 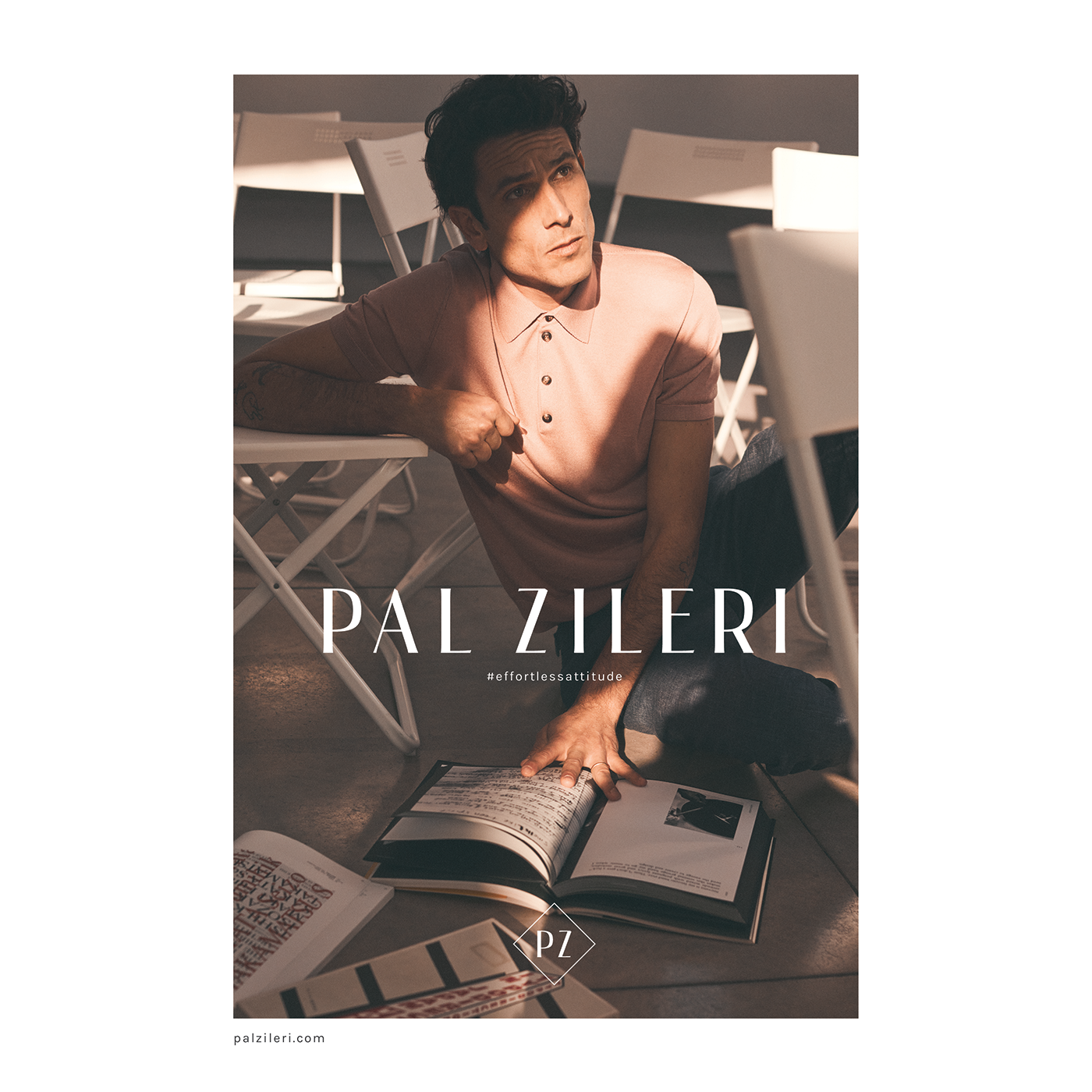 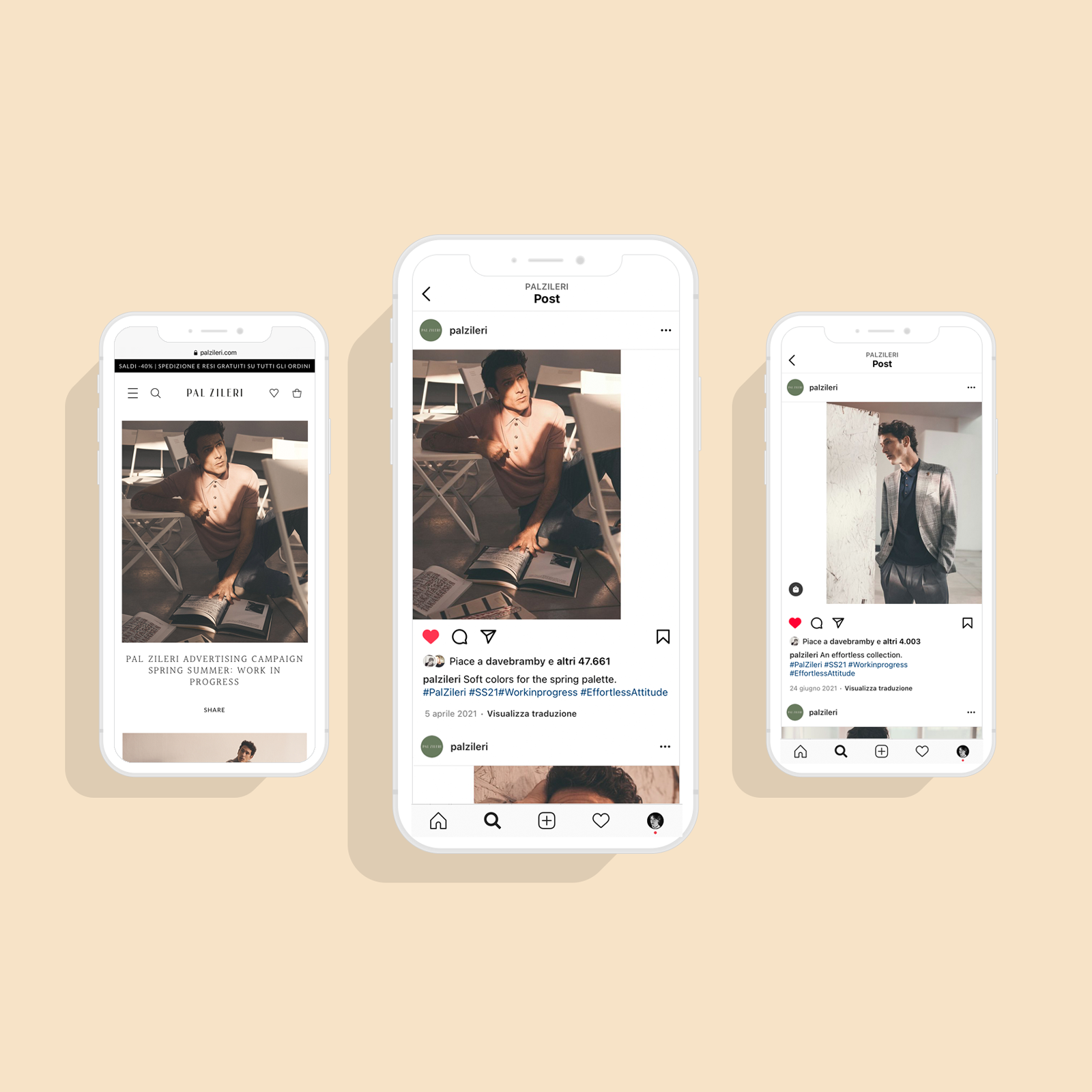 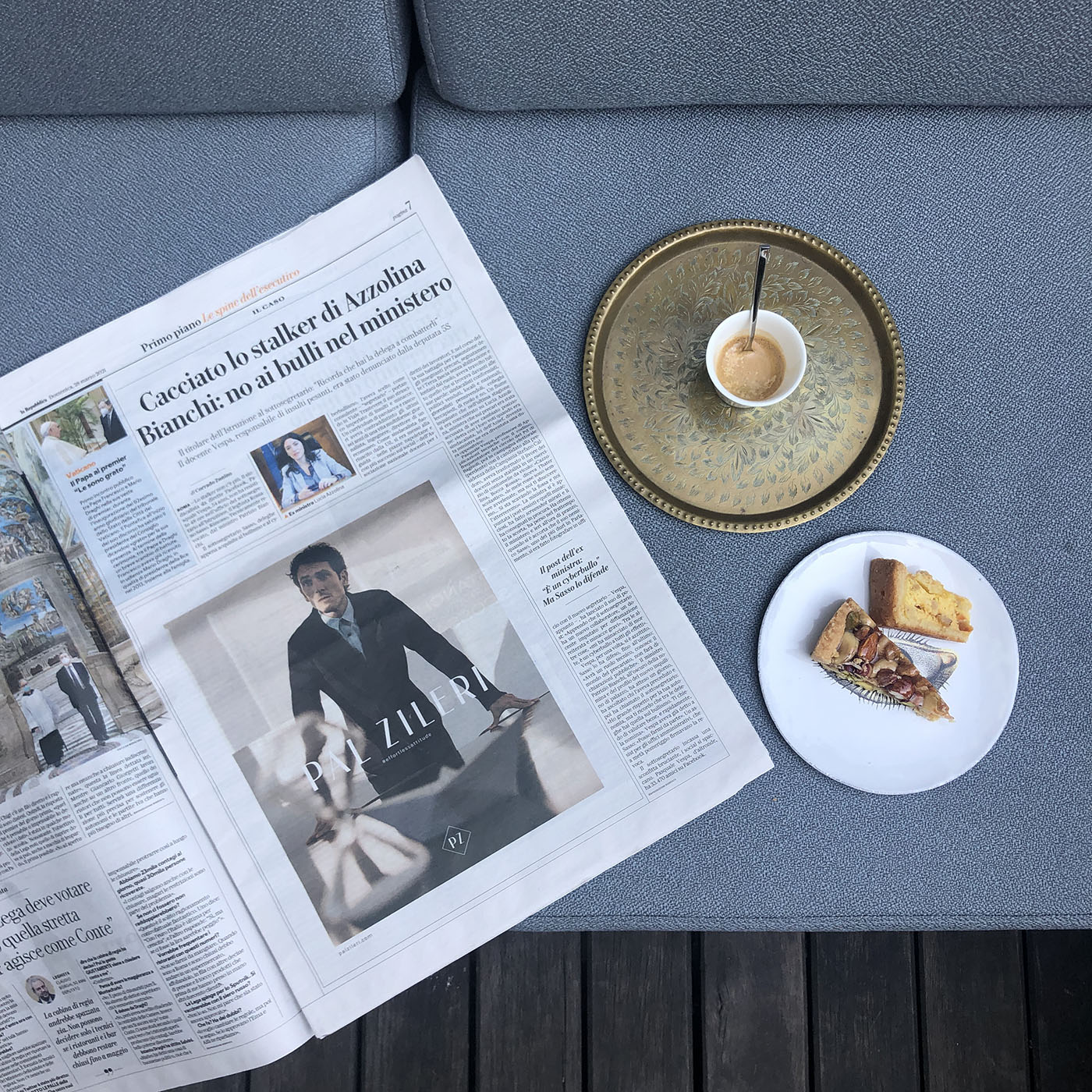 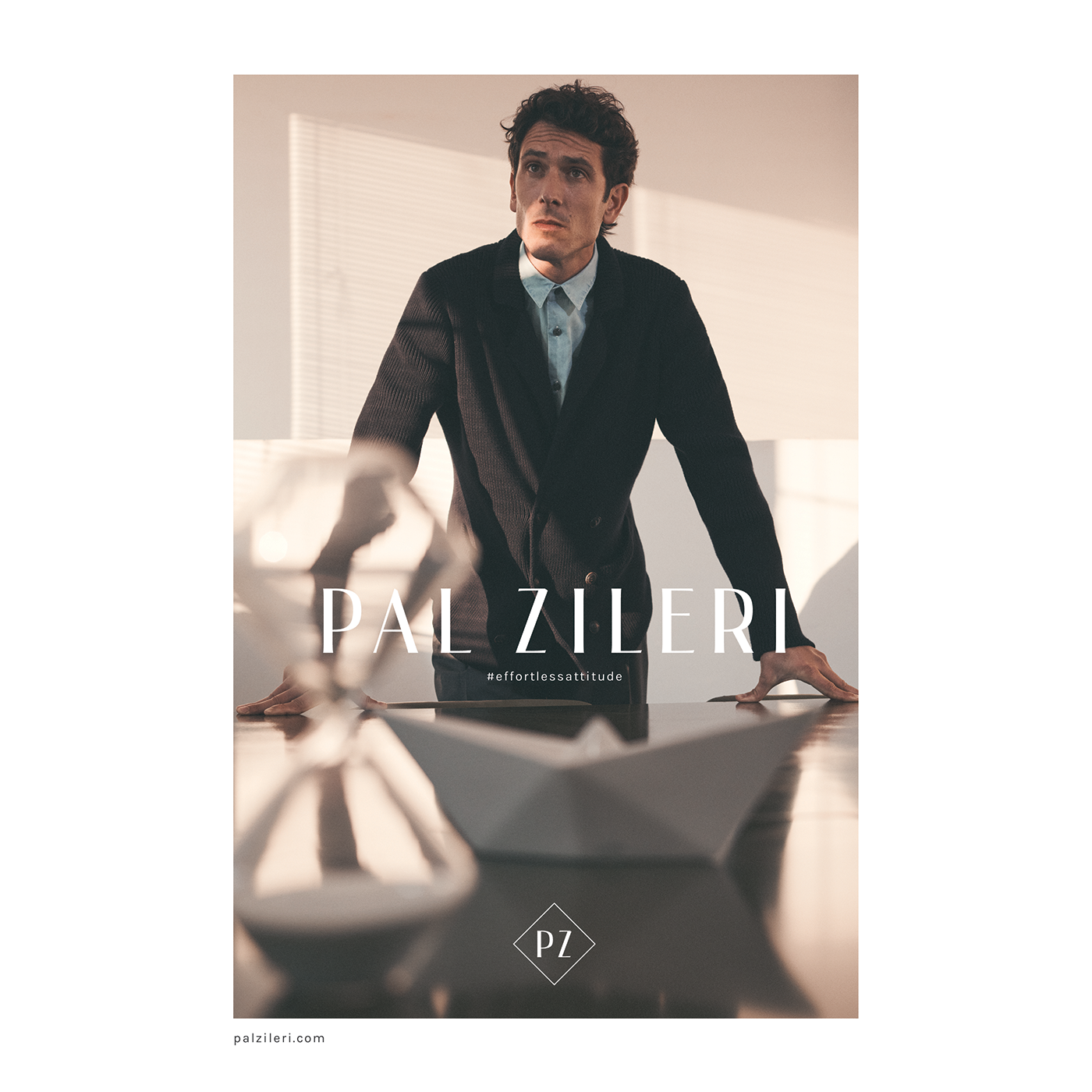 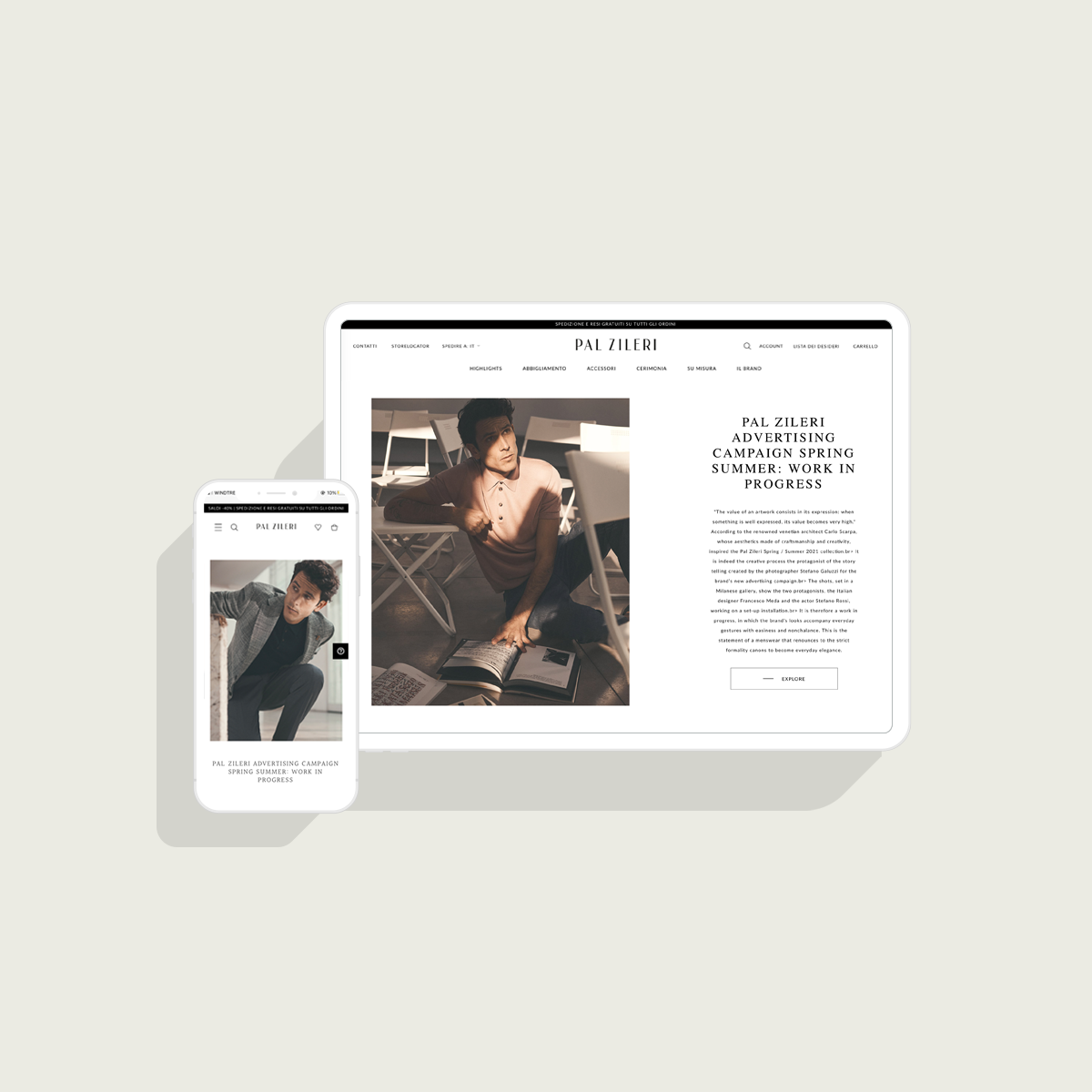 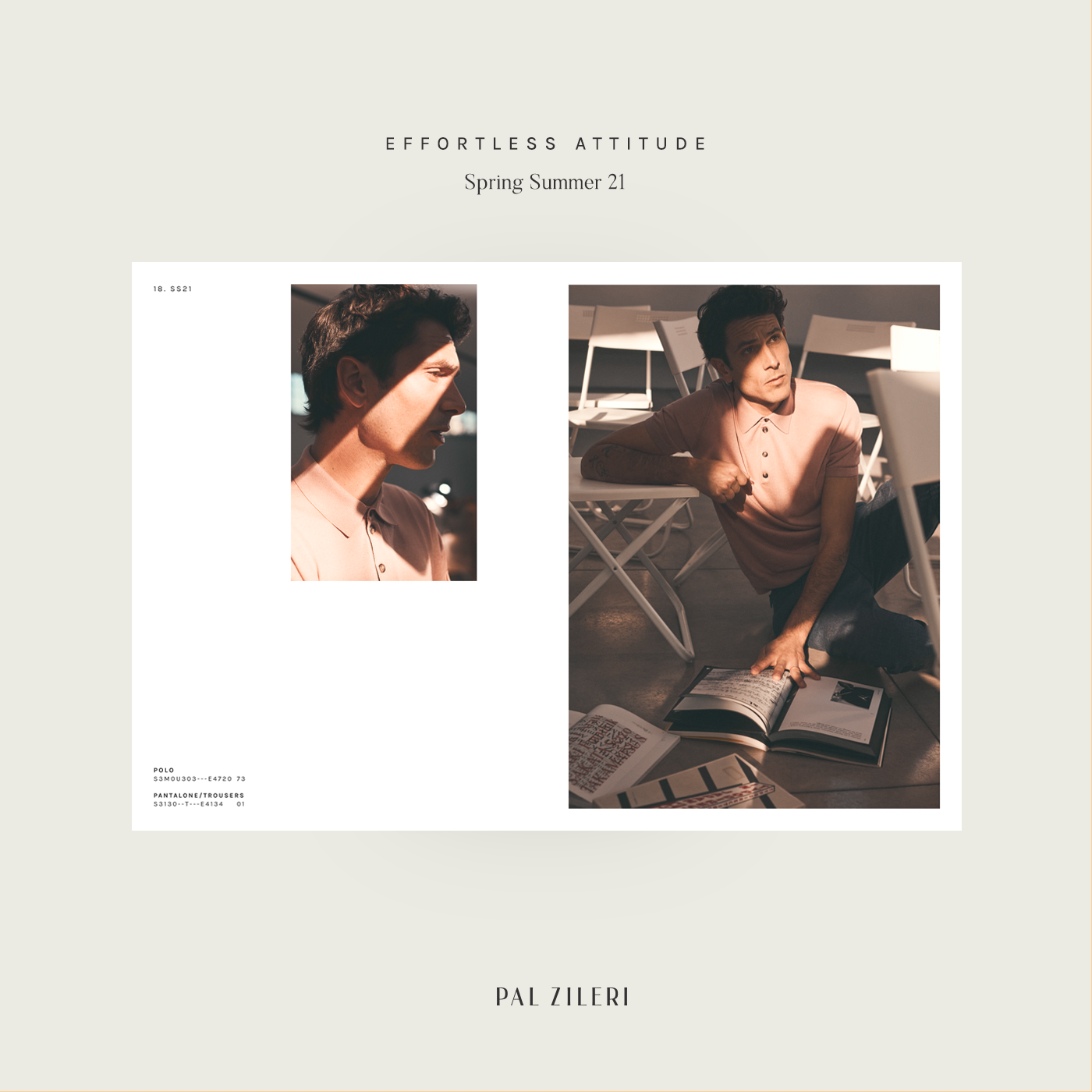 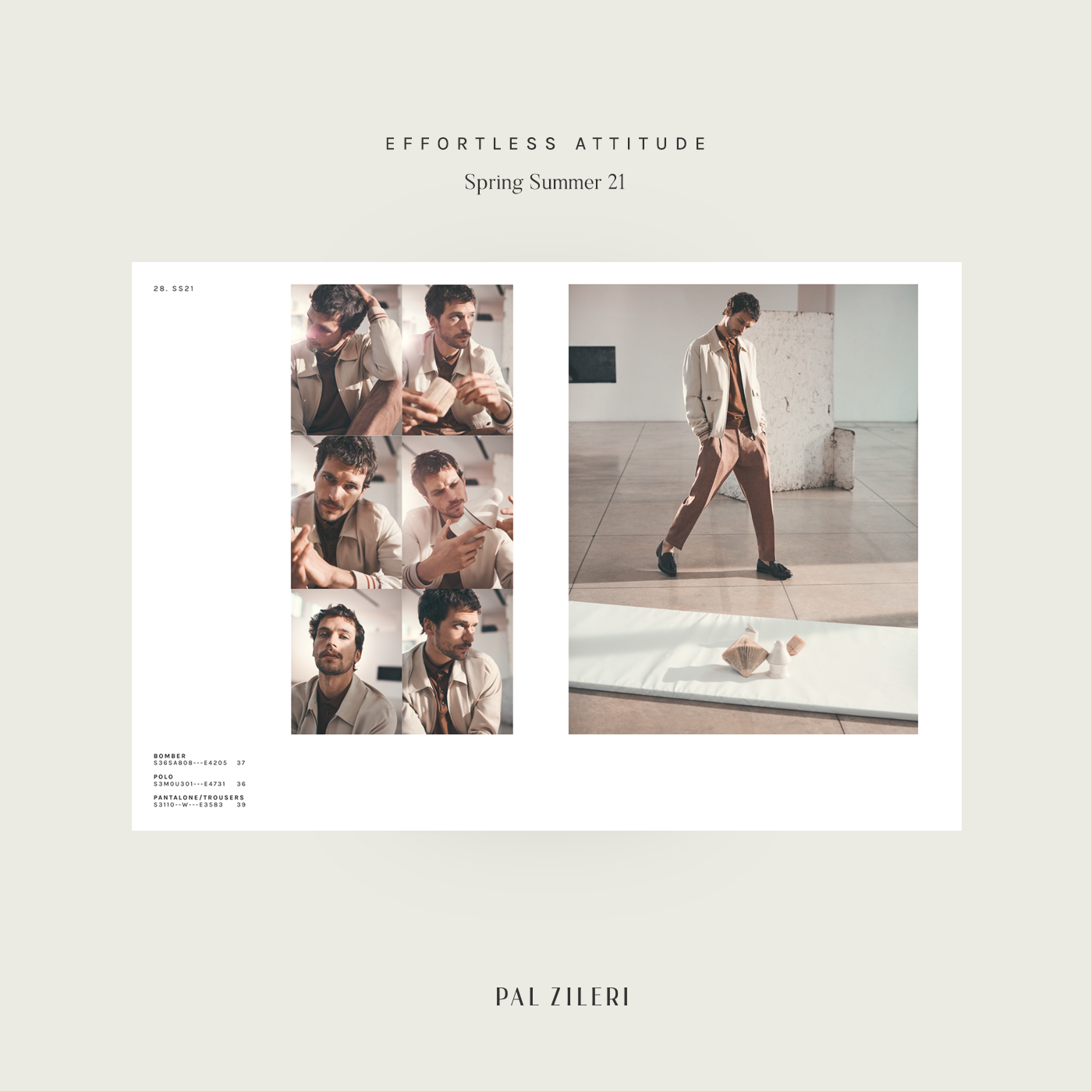 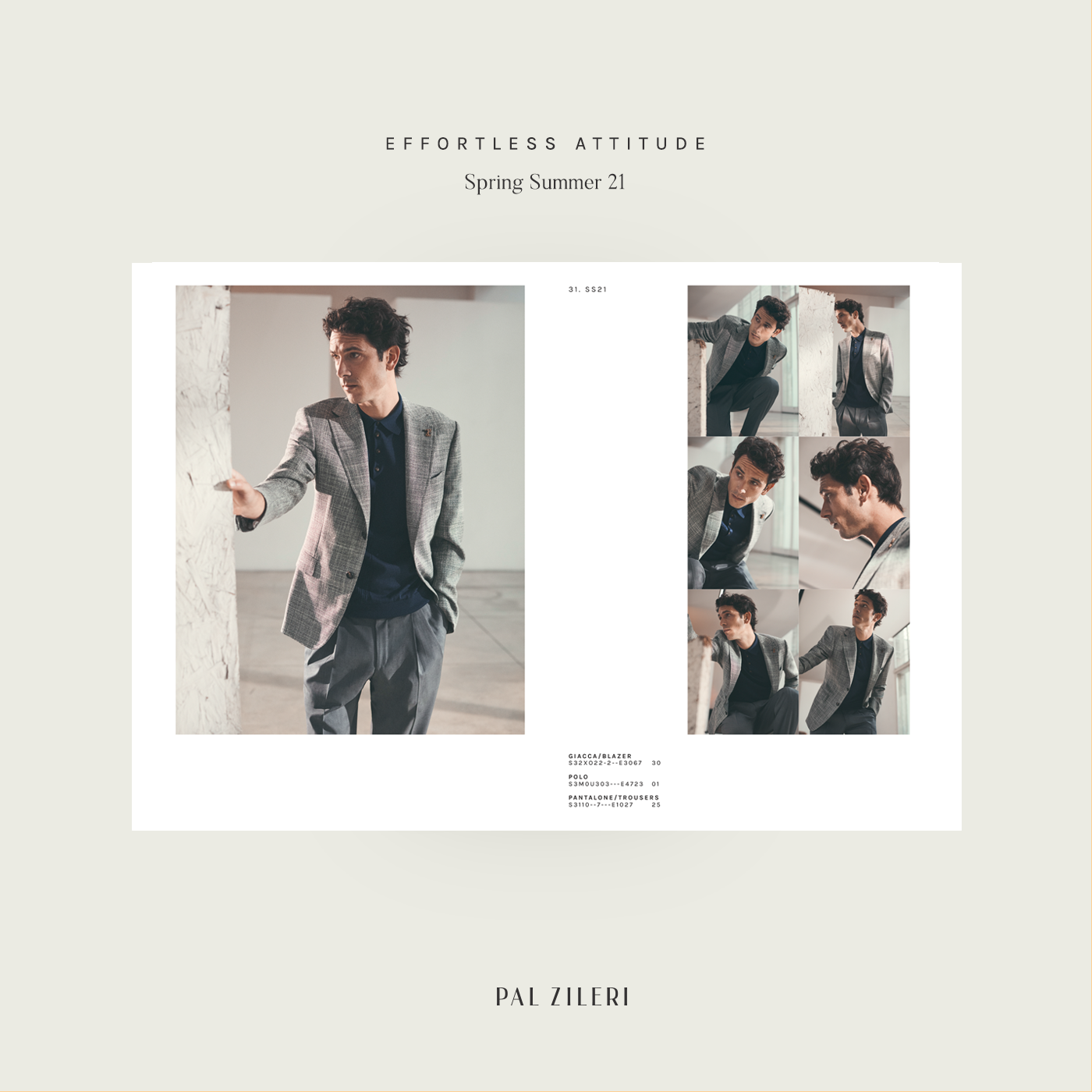 Pal Zileri is an Italian luxury brand specialized in both formal and casual menswear. Born in Quinto Vicentino (Vicenza, Italy), it is now headquartered in Milan and it is distributed via many monobrand stores and via 500 multibrand retailers worldwide.

The name “Palazzo Zileri” evokes an ancient building in the historic centre of Vicenza. Pal Zileri pursues its sartorial craftsmanship combined with a contemporary aesthetic.
In 2014, Mayhoola Group acquired the majority stake of the company, along with the total ownership of Balmain, and Valentino Fashion Group.

Main responsibilities and activities I was in charge of:

“The value of an artwork consists in its expression: when something is well expressed, its value becomes very high.” According to the renowned venetian architect Carlo Scarpa, whose aesthetics made of craftsmanship and creativity, inspired the Pal Zileri Spring/Summer 2021 collection.

Art direction: responsible for directing the creative process, from the concept to the art direction of the shooting and ADV campaign. The creative idea was scaled on all the online and offline channels, introducing the new brand positioning and S/S collection.